Some of The Finer Moments In League History

Quincy the Super Fan Pierce made a bold prediction guaranteeing a 49ers Super Bowl win. To back up his statement, he wagered an old warm Budweiser beer found in Poppa Schwabs fridge.Needless to say….we know how it ended.
The BWW (Blazin Wings Wager) of 2013
I say the Blazin Wings Wager of 2013 only because I know there will be another one. Schwab and I has a wager for our head to head match up where the loser would have to consume a snack size order of Blazin Traditional Wings. The loser would receive no napkins, beverage, or relief for 5 minutes after the final wing was consumed…… Words cannot express what happened next
The Wait
The Main Event

The Bullshit Trade Veto Of 2012


Long story short, I constructed the perfect trade, sombke wasnt looking clearly enough to see that it would leave him without a running back for our matchup that week. He told Jackson that he didnt think that it was fair. So Jackson used his commish powers to make the trade go away. I felt like the Lakers when they made an awesome trade for CP3 then that motherless fuck David Stern used his commish powers to do the same thing. It was a dark time….


For future reference always watch out for Jackson and Sombke…. 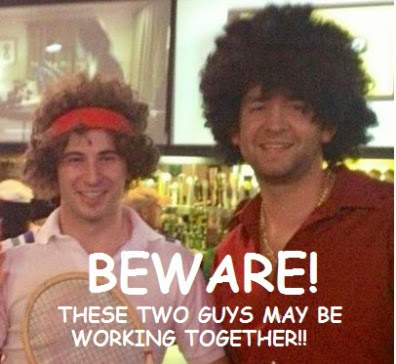